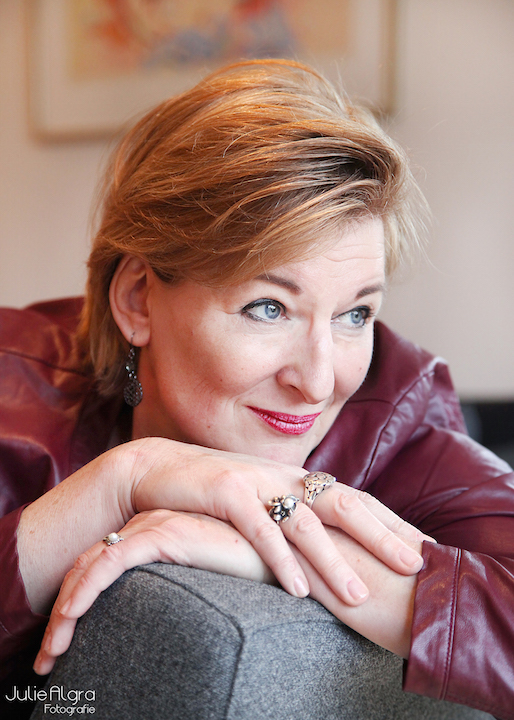 'You have rewarded me already' the nightingale said to the emperor. 'I shall never forget how your tears flowed the first time I sang. They are jewels that fill a singer 's  heart with joy.'

Marjan studied solo singing at the Royal Conservatory in the Hague, staying on to join the three year opera Master. She graduated with the operas Sancta Susanna by Hindemith and Stravinsky’s Mavra.After her studies she took part in the Christina Deutekom competition, earning a laureate. Many concerts in the Netherlands and abroad followed on from this, including a concert tour to the Netherlands Antilles.

She was taken on by the Opera Studio of the National Touring Opera, where she sang various major roles, such as Carolina in Il Matrimonio Secreto van D. Cimarosa.

Next to these engagements Marjan also sang in the Dutch Radio Choir, Collegium Vocale Gent and many other professional ensembles, working with conductors such as Reinbert de Leeuw, Hans Vonk, Ricardo Chailly, Jaap van Zweden, Philippe Herreweghe and Frans Brüggen.

She also gave many recitals together with pianists Phyllis Ferwerda and Jaap Kooi.

After studying she was coached by Margreet Honig and Caroline Watkinson. Marjan also followed many masterclasses with Elly Ameling, Robert Holl, Birgit Nillson, Arleen Auger, Roberta Alexander and others. With the assistance of a special bursary she was also able to study at the Britten-Pears Foundation in Aldeburgh with coach Janine Reiss.

Next to her work as a performing musician, Marjan is also well known as a voice teacher. Her private practice is made up of young, talented singers, most of whom have finished their studies at conservatories and are working as soloists and ensemble singers in respected ensembles such as Opera South, Netherlands Opera, Collegium Vocale Gent, Baroque Choir Ton Koopman, Dutch National Touring Opera, Flemish Opera and the Dutch Radio Choir. Her students often win prizes at competitions such as the International Voice Competition in Den Bosch ,Prinses Christina Competition and The Classic Young Talent. Marjan specialises in developing young talent from 15 years old.

Together with pianists Andrew Clark and Mirsa Adami, she regularly gives masterclasses and workshops for singers and pianists.

Since september 2011, Marjan is professor of classical singing as a main study at ArtEZ conservatory, where she also teaches methodology for singers.

In 2015 she travelled to Leeds to teach the students of the singing departement of Leeds University, because of Erasmus Exchange. She will be back there in 2016.